It's Halloween and since I shouldn't anywhere near little people thanks to my current pertussis infection, I watched Lifeforce instead of handing out candy. It's such a ridiculous flick, but I still get a kick out of it every time.

Not the sort that sit on your desk, but the sort that have a pulse and operate printing presses. Anyone know of a decent one in the Northern Va area that does high quality poster sized prints? I have a few shots I'd like to have printed and framed.

I haven't posted in eons, but I still read every day and keep up with folks. Some of you have seen this in other places, but for those of you hanging out here, have a link to my pics of the shuttle Discovery being flown around DC today:

Since I've been playing in LR3, I thought I'd share a bit of what I've been doing. I've taken some of my personal favorites and done some tweaking. Some is dramatic, some is subtle, but side by side, you can see the difference a little post processing can make to even a damn good picture (and I do take some damn good pics on occasion). 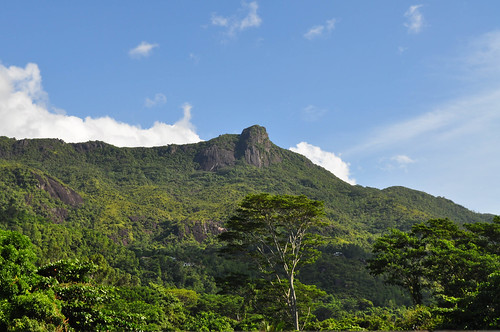 The images are original followed by processed. I'm just curious what y'all think.

Amazon has LR3 for $222 and change, so I went ahead and bought it. Just playing with it (thanks to Adobe's free 30 day trial (full featured, not a crippled demo)), it's absolutely amazing at noise reduction and clean up. It's also really nifty how it stores everything as a database of deltas and doesn't actually touch the original file in any way. I'll have to play with it's post processing ability for doing more than just clean up too, after watching some of the tutorial videos on line. I haven't even touched on its abilities for photo management yet, but wow it's got a lot of ways to sort, tag, group, and manage pictures. As I currently have just under eighteen thousand photos on my hard drive, that's going to come in really handy.

I also bought Portal 2 via Steam this morning, and now I'm going to have some fun.

People are having fun with v6 addressing. Take a look at Cisco and Facebook in particular.

Unlike the Ukraine, there isn't a whole lot of Japan to move to in the event large sections of it become uninhabitable.

It's the best show of just how silly the DHS terror alert color chart is I've seen.

While I have a Dreamwidth account (username same as here), I really only use it to back up this journal (the ability to import my entire LJ, comments and all? Awesome) and to allow me to comment on folks who live over there. I have no intention of moving as of right now. While I have accounts on both FB and Twitter, I don't have them linked to here (I used to crosspost my LJ entries, but it seemed sorta redundant). I have considered, just for fun, having LJ echo Twitter, FB echo LJ, and Twitter echo FB (maybe even throw Google Buzz into that loop) and watch the chaos, but then, I use these accounts and sabotaging myself seems rather silly.

It's not that hard to not screw up.

Moving a Dell monitor from its default base to a dock integrated monitor stand is a thirty second operation, if you're moving slowly. It involves pushing a button to unlock it, removing the monitor from the base, putting it on the dock stand and making sure the button popped (indicating it locked in place properly).

Moving an HP monitor from the stand it shipped with to an integrated dock/monitor stand? It seems I'll need tools to remove the monitor, attach it to the arm on the dock stand and then attach the arm to the base. This involves using multiple sized allen wrenches and hex screws/nuts.

Why? Why does HP insist on making its hardware difficult, non standard, and just generally annoying to deal with? Compaq lives on in HP's gutters, it seems.
Collapse